Vortrag
"Without solidarity, no people“: When solidarity among caregivers in the East German Volkssolidarität reached upwards from below

Dr. Maren Hachmeister hält im Rahmen der Konferenz "Comparing cultures of solidarity: socialist internationalism and solidarity across the Eastern Bloc and beyond" an der University of Cambridge den Vortrag “Without solidarity, no people“: When solidarity among caregivers in the East German Volkssolidarität reached upwards from below.

The Volkssolidarität (People’s Solidarity) was an East German organisation that specialised in caring for the elderly in the German Democratic Republic. Its members assembled in local groups, ran clubs for the elderly and collected donations for age-related services. In the 1950s, there were attempts "from above" to integrate the organisation into campaigns of socialist internationalism, e.g. resulting in fund-raising for Korea, Vietnam, or Greece. Such forms of international solidarity were partly staged to shore up mass mobilisation and political legitimacy, but found little resonance among the local caregivers. They rather used official notions of international solidarity to legitimise their own local and self-organised activities, securing stable state funding for solidarity “on the ground”. This paper suggests to examine the Volkssolidarität as a place of social life, of belonging, and of surrogate families, where people generated solidarity from below, from the relationships between voluntary helpers, caregivers, and older people in need. This is an important step in unveiling acting individuals behind socialist solidarity rhetorics. Moreover, the example of the Volkssolidarität demonstrates that marginalised groups, such as the aging population, claimed solidarity in order to induce better care provisioning. In this context, the paper discusses the following questions: Is solidarity a typical socialist phenomenon? How far could caregivers reach up under the pretext of solidarity? What shifts in the nature of solidarity can be observed in the Volkssolidarität? Building on Oral History interviews, this paper further aims to show how “lived solidarity” continues to play a role in the autobiographical memories of former caregivers today. For them, solidarity translated into responsibility for other generations, into ideas of good care in old age, and into a characteristic East German transformation experience after 1989, when again (as one interviewee of the Volkssolidarität phrased it) “without solidarity, [there was] no people”. 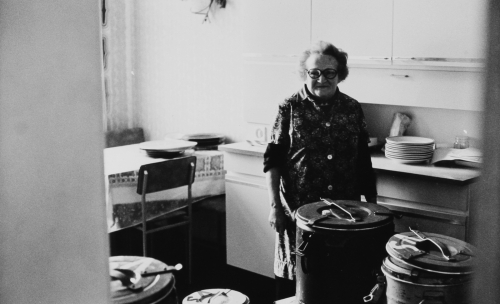