In 1937-38, nearly 3000 Spanish children fled the civil war in their homeland and sailed to the Soviet Union. What was to be a short stay became a decade and half experiment in forging a hybrid Hispano-Soviet identity for the niños in boarding schools organized specifically for them. This presentation will describe the education and upbringing, including a second displacement during the Second World War, and how this affected these people, some of whom remained their entire lives in the USSR.

Karl Qualls is the W. Gibbs McKinney Chair in International Education and Professor of History at Dickinson College (USA). He has authored two monographs: Stalin's Niños: Educating Spanish Civil War Refugee Children in the Soviet Union, 1937–1951 and From Ruins to Reconstruction: Urban Identity in Soviet Sevastopol after World War II. He has also published over two dozen articles and book chapters.

The colloquium takes place via ZOOM. Please register before 09.05.2022 with your full name via email to: hait@msx.tu-dresden.de 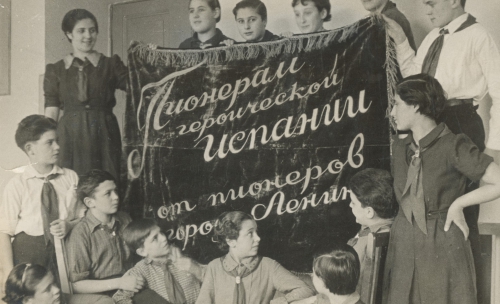