This talk explores various family-like relationships and alliances in which Jewish children survived the Holocaust and in which they continued living beyond the end of the Second World War. It relies on a unique collection of letters sent to the Jewish committees in Poland in the immediate post-war period by non-Jewish helpers and by Jewish survivors. Writing to the Central Committee of Jews in Poland or to its local branches, their authors were not interested in documenting rescue stories for history’s sake. Rather they petitioned for assistance and needed to make a case for themselves (or for their rescuers). They requested financial and material assistance: shoes, clothes, loans and money that were to alleviate their desperate poverty. They hoped that their role in assisting and rescuing Jewish children under the German occupation would help persuade the Jewish addressees of the righteousness of their cause. In order to solicit immediate financial and material assistance, applicants – non-Jewish helpers and Jewish survivors who support their cause, did not always elaborate on what wartime, non-biological families meant for them. Yet, the letters offer invaluable glimpses into the life stories during and after the Holocaust. They reflect both a strong emotional bond that had grown between non-Jews and Jewish children, but also acute power imbalance, and ambivalent future.

Dr. Natalia Aleksiun is Professor of Modern Jewish History, at Touro College, Graduate School of Jewish Studies, New York. She is the incoming Harry Rich Professor of Holocaust Studies at the University of Florida, Gainesville. She holds doctoral degrees from Warsaw University, Poland, and NYU, U.S. She specializes in the social, political, and cultural history of modern East European and Polish Jewry and the Holocaust.

Please register before 04.04.2022 with your full name via email to: hait@msx.tu-dresden.de 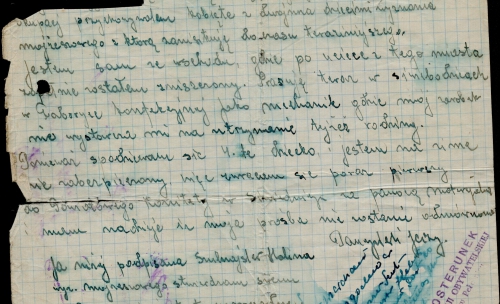 Archive of the Jewish Historical Institute in Warsaw