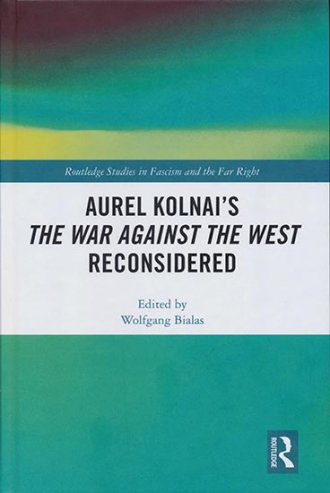 Aurel Kolnai's The War Against the West

Aurel Kolnai’s The War against the West remains one of the most insightful analyses of Nazi thought ever written. First published in 1938 it was a revelation for many readers. Quite different in tone and approach from most other analyses of Nazism available in English, it was remarkable for the thoroughness with which it discussed the writings of Nazi thinkers and for the seriousness with which it took their views.

In this edited collection published eighty years after the original book, a team of distinguished scholars reassess this classic text and also consider its continued relevance to contemporary politics. They address issues such as the comparison of Nazism and communism, anti-Semitism, British and American perceptions of the Reich before the war and the Nazi legal theory of Carl Schmitt. This book is a vital source for historians of Nazism and Fascism.