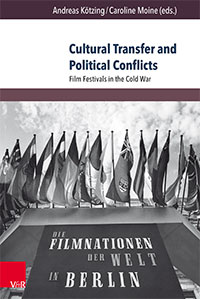 Film Festivals in the Cold War

Film festivals during the Cold War were fraught with the political and social tensions that dominated the world at the time. While film was becoming an increasingly powerful medium, the European festivals in particular established themselves as showcases for filmmakers and their perceptions of reality. At the same time, their prestigious, international character attracted the interest of states and private players. The history of these festivals thus sheds light not only on the films they made available to various publics, but on the cultural policies and political processes that informed their operations. Presenting new research by a transnational group of younger scholars, Cultural Transfer and Political Conflicts critically investigates postwar history in the context of film festivals reconstructing not only their social background and international dispensation, but the centrality of film festivals for cultural transfer between the East and the West and the South during the Cold War.