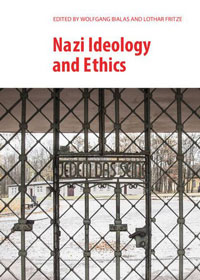 This volume documents the still-rare encounter of moral-philosophical, historiographic and medical-ethical research on National Socialism, and looks at the ethical aspects of the National Socialist ideology, as well as at the moral convictions of National Socialist perpetrators, some of whom acted as "perpetrators with a good conscience". It furthermore discusses questions such as the content and rationale of Nazi race ethics, the "euthanasia" killings and the Nazi ethics of racial warfare and the role of the SS as the vanguard of the National Socialist race state, the moral conditioning of Nazi perpetrators and their self-exoneration strategies after the defeat of Nazism, and German Holocaust memory politics. Due to the broad range of topics covered and methodologies discussed, this book will interest academic readers of various disciplines of the humanities, including German history, Holocaust studies, Jewish studies philosophy and medical ethics. It will also appeal to the common public interested in Nazi ideology and ethics, and their implications for current ethical issues and challenges, such as the consequences of moral indifference as well as the debate on euthanasia and mercy killing.