Herbert Backe - The food industry and the crimes of National Socialism

Herbert Backe, the "Ernährungsdiktator" ("food dictator"; Dieter Pohl) of the "Third Reich", still lives in the shadows of historical science. The doctoral project aims to move Herbert Backe, the agricultural scientist, state secretary and later Minister in the Reich Ministry of Food and Agriculture, to the centre of analysis as a culprit for the crimes of National Socialism. Like Albert Speer, Backe takes on a role which is consistent with his department  - especially in the second half of the Second World War. Despite this, no dedicated study has been devoted to him. In the memory and study of the German mass crimes, too, Backe barely plays any role, although he substantially contributed to escalating the anti-Semitic extermination policy, especially regarding the fate of the Jews in the "General Government". His contribution to the Shoah was embedded in plans of a much larger extent: the "Generalplan Ost", the German post-war order for the time following the "Endsieg", which intended a colonisation of Eastern Europe and Russia to the Ural Mountains. 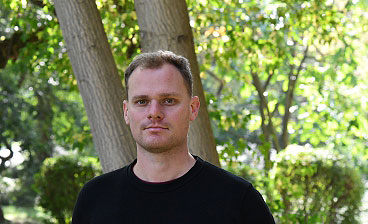