Childhoods in the Second World War

Together with the Chair of History Didactics at the University of Leipzig, AlfonsKenkmann, André Postert and Francesca Weil organised an international conference on this widely discussed and multifaceted topic in November 2015. Given the previous approach to the history of war-time children mainly in terms of European nation-states, the conference aimed at placing new research results in a broader international context. Thirty-two essays were selected and edited by June 2017 for the anthology following the conference. Scholars from numerous European countries addressed national, transnational and international issues pertaining to the subject. The aim of the collection was to draw connections between the highly diverse childhood narratives from World War II while respecting their differences. The book KindheitenimZweitenWeltkrieg [Childhoods in the Second World War] was published in February 2018 by MitteldeutscherVerlag. 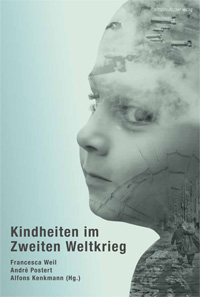