First in the district. Social profile, career and the reign of regional Saxon SED elites during the Ulbricht era

The stability of the political order in the Ulbricht era based itself primarily on the SED’s skilful combination of structural-organisational and personnel policy in its party work. Paradoxically, on the district level the long lines and fractures extending beyond the watershed of 1945 proved to have a stabilising effect. TilmanPohlmann defends this claim in his study of the First Secretaries of the SED district administrations. They personified and organised the state socialist system of rule among the lower echelons of East German society and put into local political practice the dictatorial demands of the party leadership. For the first time, the generational profile and structural internal order of the SED on the district level are being integrally examined from a perspective related to experience and institutional history. 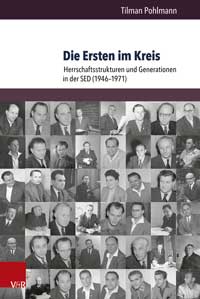