When Kurt Wünsche (LDPD) succeeded Justice Minister Hilde Benjamin (SED) in the summer of 1967, for the first time in the history of GDR ministries the top post in a central department of the SED went to a representative of a ‘bourgeois’ party. While the appointment most likely served a representational purpose, it did seem unusual at the time, as the party was evidently relinquishing its jurisdiction in a politically relevant domain. Given the SED’s position of power in the state and the intertwining of the party apparatus in government agencies, it is doubtful whether such a posting had any significant implications for the SED regime in the Ministry of Justice (MoJ), however. To assess the significance of this development, we must of course look into the roles of ‘block parties’ in state administrations; but more importantly, it seems, we should inquire quite generally as to the role and position of the state ministry in the ruling system of the GDR.

Public administration has been a relatively neglected subject in academic research, however. The neglect can be attributed to a wide-spread perspective referring in particular to formal structures, which in view of the SED’s leadership role regards state authorities as mere ‘party-appendages’ and dependent recipients of commands. Thisdissertation project questions the resulting assumption of the passivity of government departments that ultimately act on the SED’s presumption of the state as a party instrument and focusses on the Ministry and its agents as active participants in the ruling system. This in-depth study of an East German Ministry thus not only closes a gap in research, but also constitutes a change of perspective, according relative autonomy to state administration during the dictatorship. The project accordingly sees the MoJ as an administrative organisation – a multi-functional social structure whose internal structures and practice of domination from the Benjamin era and after are to be examined. The aim is to break with the idea of a monolithic ‘party and state apparatus’ and to elucidate the mechanisms of domination behind the subservience of the state to the SED. On this basis, the study should shed light on the remarkable stability of the political system particularly in the decades following construction of the Wall. 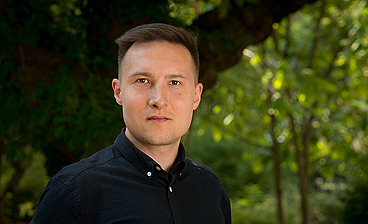