Images of omnipotence. Depictions of State Security in film and television.

The depiction of State Security in film and television is flourishing. The internationally popular film The Lives of Others (2006) did not mark the first time depiction of the East German secret service played a central role in fictional narratives on the history of the GDR. These works often present everyday life in the GDR as simply under the control of a seemingly omnipotent State Security apparatus. The research project conducted by Andreas Kötzing examines in detail current and historical films and television series pertaining to the work of the Ministry for State Security. What points of narrative focus are conveyed in the media’s depiction of State Security? How do these points of focus affect representations of GDR history? What topics are left out? What visual aids are used to portray the State Security’s surveillance activities? An international conference held in the autumn of 2016 discussed these and other issues, going back to the time before 1989-90, in order to compare current images of State Security with self-perceptions and external portrayals during the Cold War era. In the autumn of 2018, an extensive anthology appeared covering the full range of portrayals of the State Security in the media. 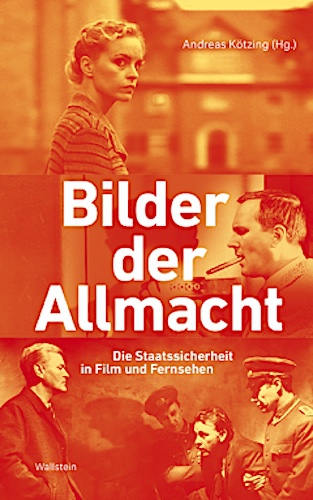