The socialist multi-party system in the GDR. Modes of operation and limits of block politics

The overall project comprises three subsidiary projects conducted by TilmanPohlmann (about the LDPD district organisations), Michael Thoß (about the LDPD officials in the districts of Cottbus, Frankfurt/Oder and Potsdam) and Thomas Widera (about the central party institutions). The Liberal Democratic Party of Germany (LDPD) serves as an example in their analysis of how the pseudo-multi-party systemfunctioned in the GDR. They consider whether alternative political designs entered into administrative activities, given the SED’s monopoly position, and seek to determine the levels of action on which and political sectors in which the implementation of such designs had an impact. The overall project describes the relations between the LDPD and the SED on different levels, in order to identify the functional mechanisms of the political system in the GDR.

Thomas Widera continued the work on the manuscript of his study regarding the central party level. His sub-project focusses on the party leadership of the LDPD in terms of the party apparatus, the Secretariat, committees and commissions. An analysis of the composition and work of the governing bodies and their relations with the SED, the state apparatus, the Ministry for State Security and the other block parties will clarify the extent to which and by what means the SED managed to bind the central party leadership of the LDPD to its policies and integrated the LDPD in the block of parties. The analysis identifies the strategies of the SED and those of the LDPD functionaries designated by the SED as ‘progressive forces’ and as a means for integrating the LDPD in the alliance system of the SED through a continual process of transformation and change. As an integral component of that system, the LDPD, like the other parties, was tasked with transferring varying political conceptions, the latter geared at all times to the SED party line, to the level of the LDPD district associations, and from there to the LDPD district chapters and local groups.

In his study of the political activities of the LDPD district organisations, TilmanPohlmann focusses on the role of the district chairmen and their deputies and seeks to ascertain their political weight both within the LDPD party apparatus and within their districts. In particular, he considers internal party communications, the different modes of interaction between these important LDPD officials and the district headquarters of the SED, and contacts with the Ministry for State Security. The third important pillar emerging in the course of this subsidiary project comprised several oral-history interviews, serving empirically to substantiate the findings from the file searches and supplement them with personal impressions and perspectives.

Michael Thoß studied the structure and operation of the LDPD district and local associations in the districts of Cottbus, Frankfurt/Oder and Potsdam, and outlines how the functionaries of the middle and lower levels shaped everyday life within their territories. The focus lies on the implementation of directives from the party leadership and on the analysis of the party basis in the district associations in reference to spatial distribution, motivation and participation in party activities. He also considers the activities of LDPD members in the territorial administrations and interactions with the political headquarters of the SED, the state organs and the Ministry for State Security. 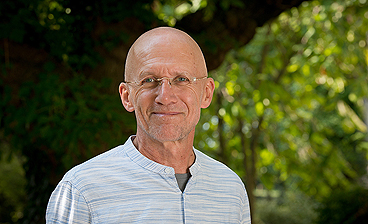